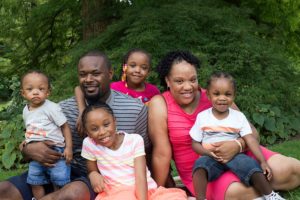 Cory McCray was elected to represent the 45th Legislative District in the Maryland State Senate in 2018. Since that time, he has been named a “legislator to watch” by The Daily Record and Maryland Matters. Additionally, Cory also serves as First Vice Chair of the Maryland Democratic Party.

Cory’s story is a uniquely Baltimore story. Like many of us, Cory grew up in a Baltimore whose greatest resource was its hardworking men and women. In spite of that resource, the City often struggled to give those men and women the opportunity they deserved. As a teenager at Fairmount-Harford High School, Cory was also in search of opportunity.

After a brief trip down the wrong path as a teenager, he found out about apprenticeships at the age of 18. The rest is history. By 19, he had become a member of the International Brotherhood of Electrical Workers. By 20, he was a homeowner. Cory continued to meet opportunity halfway, working his way through community college and a bachelor’s degree, all while growing a small business focused on rental properties.

Those years also brought marriage and four loving children, along with a career focused wholly on working families and the communities they hold dear. Cory continues working for his local union and as a community organizer to this day, helping expand the opportunity for a better life to men and women across our City.

In 2014, neighbors across the 45th District elected Cory to represent them in Maryland’s House of Delegates. During his time in the House, leading news outlets like Center Maryland called him one of the most effective freshman legislators in the entire state.

Cory’s approach to public service is listening to his constituents’ problems and then figuring out how to solve them. When his constituents asked for better jobs, Cory passed the ACTION and POWER Apprenticeship Acts, which expands funding for apprenticeships that lead to family supporting careers. When he was asked for a larger investment in public schools, Cory passed legislation that scores school construction funding, so that lawmakers can’t cut Baltimore out of the resources it deserves.

Cory’s neighbors also asked him to make sure that they have a voice in Annapolis. He gave them a voice by passing legislation that restored voting rights to thousands of Marylanders. Just weeks after that victory, Governor Larry Hogan vetoed the bill and again silenced voices at the ballot box that many men and women had found for the first time in decades. But Cory didn’t give up. He returned to the legislature more determined than ever, building a coalition of legislators from across Maryland who overturned the governor’s veto, restoring the voices that Governor Hogan had silenced.

As the 45th District’s Senator, Cory is continuing his mission to bring greater levels of resources and equity to the City of Baltimore. You can connect with Cory here.