Team McCray has been working tirelessly these past couple of months. Continuing on the district-wide “Listening Tour,” we have knocked on nearly 600 doors in the Gardenville and Parkside communities. While crime remains a top issue of concern for everyone, it has been uplifting to receive positive feedback from 45th Legislative District residents who feel reenergized at that thought of new leadership.

Listen to a recent episode of “A City that Chats,” featuring Cory McCray:
http://citythatbreeds.com/2013/10/the-city-that-chats-episode-2-cory-mccray/

As the City of Baltimore invests in our communities by renovating playfields and repaving streets, voters are looking for a leader who will ensure that such amenities are not occasional realities, but regular occurrences.

Cory is that leader. It is his time!

Team McCray has grown significantly since the day we started with over 100 volunteers. Week after week, supporters join Cory to canvass neighborhoods, knock doors and attend community events to hear the concerns of the people.

In 18 weeks, Cory and Team McCray has welcomed supporters from in and outside of the 45th Legislative District and Baltimore, including:

The Signs of the Times… 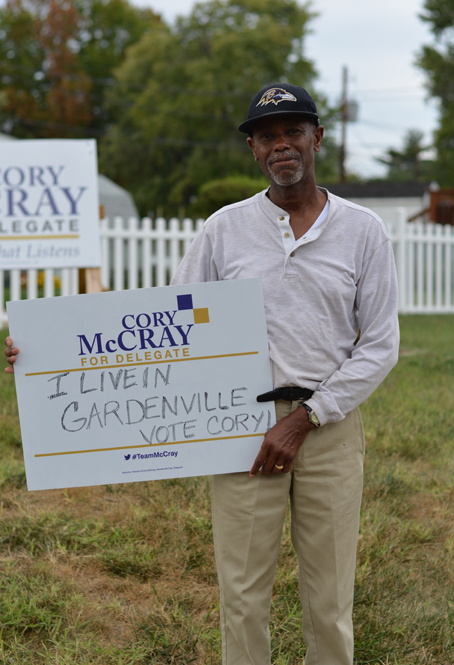 Join Cory and Team McCray tomorrow to hit the streets. Then, have a photo taken, representing your neighborhood.

If you are unable to join us for this week’s “Listening Tour” stop, you can assist Team McCray reach our weekly goal with a small donation of $4.50 by clicking on the “Donate” button below or via U.S. Postal mail to:

It’s time! Be part of the solution.

A New Leader With A Fresh Perspective

Voting, Recent Updates, and More — Open for Your July Newsletter!

Voting, Recent Updates, and More -- Open for Your July Newsletter!