Do You Have Purple Fever? We Do…

Do You Have Purple Fever? We Do…

I see you all read Campaign Manager Terrell Boston Smith’s e-mail last week and heeded his instruction. With nearly 15 volunteers in tow, last weekend was filled with several impactful encounters with numerous dynamic people as Cory and Team McCray took the “Listening Tour” to the Waltherson and Cedonia communities. 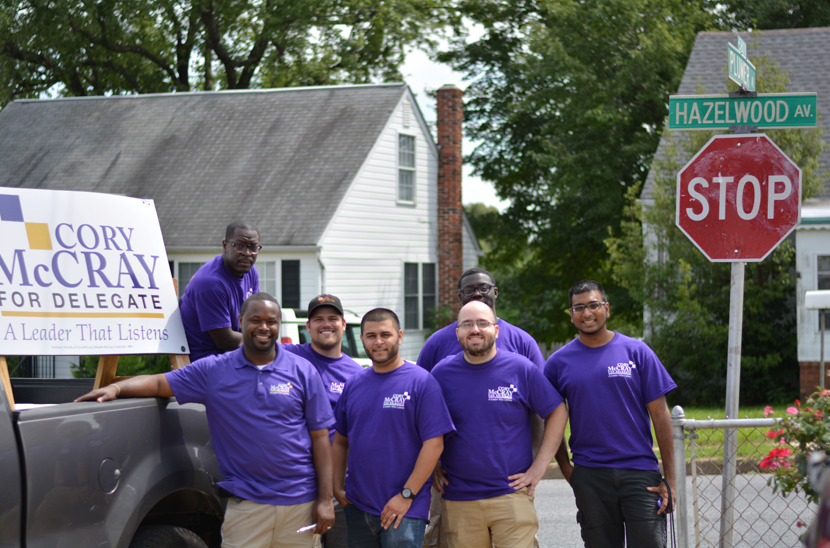 Last Saturday, while knocking on nearly 400 doors in the Waltherson community, Cory ran into a long-time friend, a community leader, an educator and several others who all expressed their sincere support for our campaign to serve the 45th Legislative District. From listening to each of them, it was obvious that these individuals trust Cory to represent their interests in Annapolis.

Let me share a few actual instances that occurred:

A frequent Team McCray canvasser and Cory’s good friend from Montgomery County celebrated his birthday on Saturday. To celebrate his day, he decided to hit the streets with Cory and had two of his close friends join him as a birthday wish.

Cory was walking on Woodlea Avenue, when a car pulled over. The driver said, “Hey, Cory!” To his surprise, it was a long-time friend who said that she recognized Team McCray from seeing the “McCray Purple” shirts all over Facebook. After chatting with Cory for a few, she told him that she would vote for him next June. Later, when Team McCray made it to her home, this 45th Legislative District resident already had a glass of water waiting for Cory. 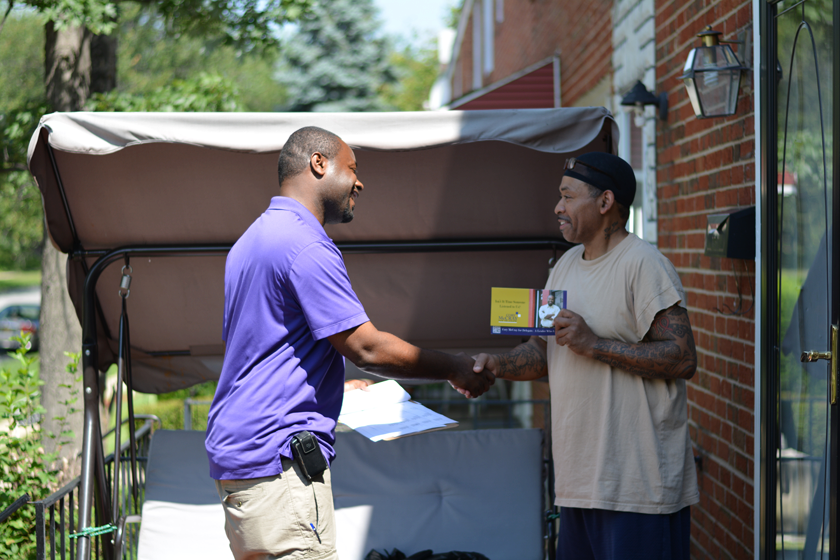 On Southern Avenue, Cory met an assistant principal of a Baltimore City Public School high school who stated that she had heard about Team McCray from one of her students. She expressed her excitement for the grassroots campaign and even offered to put a lawn sign at her home, which is located on the corner of a highly visible and well-traveled intersection. Again, on Woodlea Avenue, Cory ran into a community association leader, who was very enthusiastic about Team McCray and the campaign. He, too, offered to display a lawn sign on his lawn.

Cory knocked on the door of a machinist, who informed Team McCray that he was already familiar with the campaign from a colleague. Fond of Cory’s efforts to stand up for the working class, he vowed his support for Cory and also requested a lawn sign.

After that eventful day in the Waltherson community, the “Listening Tour” made its debut in Cedonia on Sunday. While walking on Cedgate Avenue, Team McCray encountered a couple who learned about Cory’s plans from a friend who attended a fundraiser. After a brief chat, the husband and wife duo said they would be supporting Cory McCray for delegate and offered to volunteer. Later, on Darien Road, Cory ran into a former member of the Baltimore City Employee’s Retirement Systems, who vowed his support after engaging in an extensive and passionate conversation with Cory. Like most of the previously mentioned people, this supporter also requested a lawn sign. Let’s just say that the lawn sign volunteers will be extremely busy in February.

Please continue to spread the word about Cory and Team McCray. Don’t forget to forward these weekly e-mails to your family and friends, share the campaign website with neighbors, and invite everyone you know to “Like” the Facebook page so that we can continue to share these encouraging stories. Also, please continue to assist Team McCray reach our weekly goal with a small donation of $4.50 by simply clicking on the “Donate” button below or sending your payment via U.S. Postal mail to:

Thank you for your support! Team McCray appreciates you.